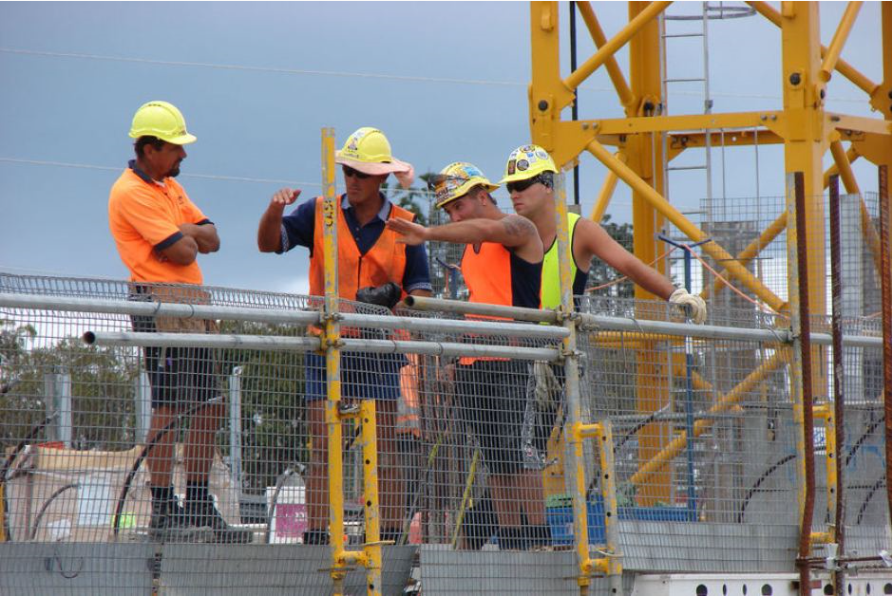 Australia’s state governments, as well as some ambitious local councils, community housing providers and forward-looking private developers, are finally taking note of the housing affordability crisis in our cities.

One proposed solution is to provide relief to cash-strapped households that cannot afford skyrocketing deposits by incentivising a new “build-to-rent” affordable housing sector.

Build to rent simply means developers build housing with the intent of retaining the building and renting it out to lower-income families at prices affordable for those families.

Australia has almost everything it needs to kickstart this sector.

These efforts could not come soon enough: failing to tackle the situation will cost us billions of dollars.

However, state and local efforts cannot reach their full potential unless the Federal Government steps in with something only it has: cash.

US model shows the way

The Federal Government has tried build-to-rent schemes before, with the National Rental Affordability Scheme.

Built off a similar US model, the program rewarded investors in affordable housing with tax credits.

The program’s US counterpart, known as “tax credit housing“, is so popular that a bipartisan group of senators are working to expand its funding by 50 per cent.

Australia’s super funds have even invested in US tax credit housing.

However, Australia abandoned the National Rental Affordability Scheme in 2013.

The Government is instead creating a “bond aggregator” agency to support build-to-rent affordable housing.

“But truly affordable rents for Australia’s low-income households cannot cover the combined cost of building and operating apartment buildings, even with cheap loans.”

US housing experts call this problem the “housing finance gap”, and many of their Australian counterparts have called on the Federal Government to help fund it. 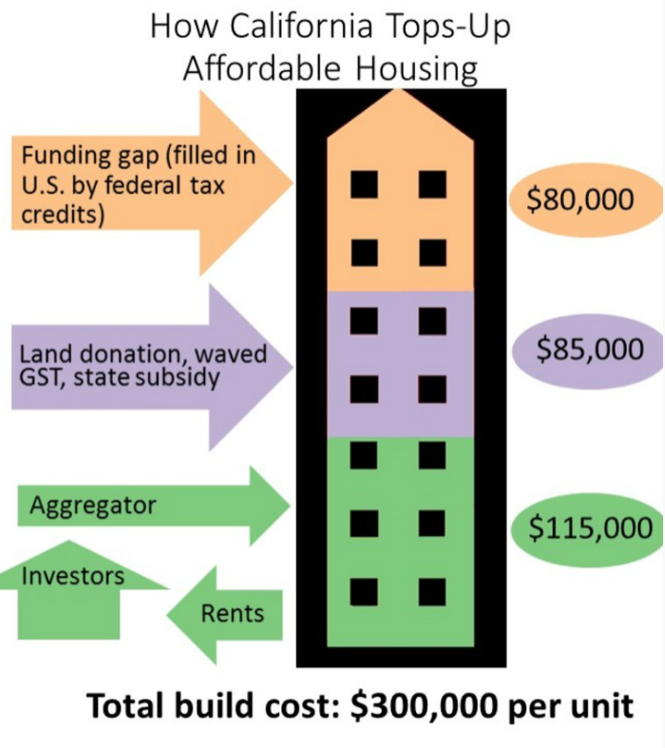 In Victoria, most of the pieces are being set up for the middle band of funding (in purple) as part of Plan Melbourne and other local government initiatives. Similar efforts are underway in New South Wales and Queensland.

The Federal Government’s bond aggregator will be in place to maximise revenue of the project (plotted in green).

This will enable estimates to be made of how large this segment of funding can realistically be.

What Australia lacks is federal support to cover the remaining gap (shaded in orange).

This is a rough sketch based on US numbers, which will not translate exactly.

But so long as the project contains any truly affordable housing, as NSW defines it and as Victoria is looking to define it, projects will need more cash to close the gap.

Capital gains tax deductions and negative gearing cost the Federal Government $11 billion per year, even if the houses are vacant.

It spends roughly half as much on public housing and rental assistance.

A modest rebalancing of federal tax policy toward affordable housing could fill the funding gaps in build-to-rent housing. This would enable the bond aggregator to unlock hundreds of millions of dollars in matching private capital.

The Federal Government should set a goal of shifting 20 per cent of the tax dollars currently written off on negative gearing into a gap-financing fund managed by the bond aggregator.

Unlike the National Affordable Housing Agreement schemes of the recent past, these funds should be dedicated exclusively to building new housing.

Alternatively, Treasury could issue cash vouchers to affordable developers to fill the gap. To keep this simple, the value of the voucher could be pro-rated, on a per affordable unit basis, using up-to-date construction cost data.

The government could also offer this funding to private developers that are willing to set aside 30 per cent of their units for low-income families, in exchange for gap financing of that 30 per cent of units and the certainty the bond aggregator provides for the entire project.

It can be done

Asking the Federal Government to cover around $90,000 per affordable unit may sound like a lot.

But a decent apartment can last for 30 years before requiring substantial rehabilitation. That translates to just $60 per week.

Although Australian construction costs are higher than in the US, even if we double it we are still spending only $120 per week.

This amount is paltry compared to how much money the low-income family living in such an apartment will save if the apartment is located in inner Melbourne or Sydney.

Add the long-term health care, social service and educational benefits and cost savings into the mix, and this is one smart investment.

Matthew Palm is a postdoctoral research fellow at the Transforming Housing Research Network, University of Melbourne.

Originally published in The Conversation