Savvy developers are increasingly setting their sights on becoming long-term investors, comfortable paying top dollar for Sydney properties with lower returns, so they can ride out the dip in the residential market and high construction costs.

Rental yields have traditionally been seen by investors as one of the most important pointers of a commercial property’s attractiveness – the higher the yield, the better the return on investment. And for developers, a substantial holding income was vital during the 12 to 18 months it took to obtain development approval.

Despite this, developers are becoming more tolerant of low returns in Sydney while taking on the considerations of a long-term investor.

“We’re seeing developers turn into investors all the time now, so the developer and investor used to wear two very different hats. Now I see them being very, very similar because the development margin isn’t really there for a lot of developers buying now,” Karbon Property director James McCourt told Commercial Real Estate. 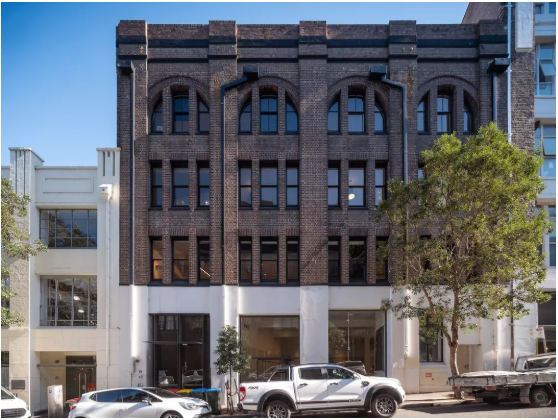 The industrial-style office building on Foster Street, Surry Hills, has interest from developers who are looking at properties as investors. Photo: Supplied

“There’s been a shift (to) looking 10 years into the future as opposed to a three-year horizon… because construction costs are high (and) residential is sort of going backwards.

“For commercial, people think that rents are sort of topping out anyway, so they’re going to pay more for a premium asset and have a longer-term view.”

“If you’re around train or light rail lines, there’s a chance in 10 years you’ll get extra height.”

Mr McCourt – who is marketing the five-storey office block at 19 Foster Street, Surry Hills – said the asset was a “textbook example” of the trend.

“One developer (interested in buying the property) said ‘I’m taking my developer hat off and I’m looking at this as an investment, and I’m just going to manipulate the asset and play with it for 10 years’,” Mr McCourt said.

The building – which is also being sold by Joshua Watts along with Knight Frank’s Jonathan Vaughan and John Bowie Wilson – is tipped to sell for about $35 million, according to market sources.

Mr McCourt pointed out that this strategy was not the same as “landbanking” in the traditional sense, which he believed was “what you might do at Badgerys Creek”. A long-term investment strategy still required the building, its leases and tenants, to be managed. 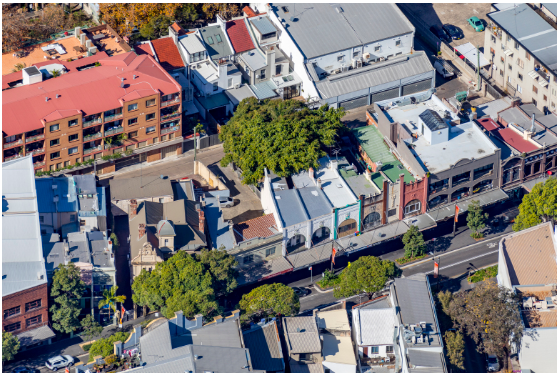 A row of seven properties on Crown Street, Surry Hills, sold on a 2.5 per cent net yield. Photo: Supplied

One example of a property sold with a low return was 111-117 Devonshire Street, Surry Hills, which was snapped up for $21.2 million on a 3.2 per cent net yield on Tuesday. That also exceeded the vendor’s reserve by $2.5 million.

It was purchased by local investors, who own the building opposite at 418a Elizabeth Street through the company Elizabeth Towers. They plan to hold it as a passive investment initially and then increase the rents to market rates as the leases come up for renewal.

He added that investors were motivated by the low interest-rate environment.

“If you’re sitting on $20 million in the bank, you might as well be getting 3 per cent on a landbank (asset), which allows you to get capital growth and potential development upside; you’re using the opportunity to grow your wealth passively.” 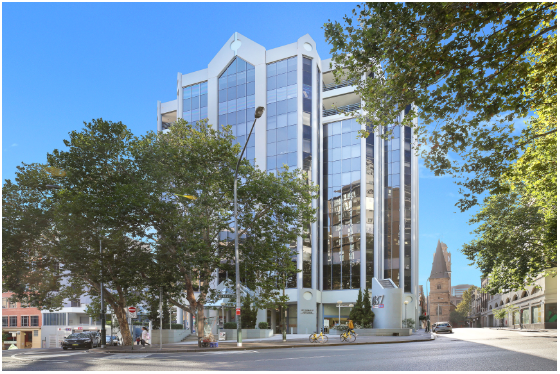 The 2300-square-metre site in Haymarket sold on a yield of less than 3 per cent. Photo: Supplied

Another property sold on a tight yield by Mr Heaton and Ms Isgro was a row of seven retail shops at 598-610 Crown Street, Surry Hills, which netted $13 million on a 2.5 per cent net yield in July.

The 888-square-metre block sold to a family through the company Crosspath Pty Ltd, who are passive investors and have no intentions to develop the site, but could reconsider once the light rail line – along the intersecting Devonshire Street – was completed.

“We are dealing with multiple landbank buyers who are paying sharp yields, with the vision of future uplift,” Ms Isgro said.

Colliers International’s national director of Asia markets Steam Leung said the purpose of buying properties with low yields was “because they can see the development potential”.

“It’s not the present yield (that’s important) – even if they don’t develop straight away, they’re still comfortable to pay that price,” he said.

Mr Leung sold 187 Thomas Street, Haymarket, for $145.8 million on a 2.98 per cent yield in April to Chinese-backed developer Greaton.

“They reckon they can develop a much bigger building in terms of residential, office or hotel,” he said, adding that many buyers do not mind a lower yield if the per-square-metre rate is relatively low on a large building.

Mr Leung noted that Chinese funds had found their way to Australia, despite the capital controls from Beijing.

“A lot of people comment that Chinese money cannot seep into Australia, but quite a number of parties I’m dealing with have already parked their money into Hong Kong or Singapore. Some of them are already in Australia and they’re still very keen, they don’t want to put their money in the bank for only 2 per cent yield.”