Newcastle is one of the regional suburbs that has seen median house price growth.

While Sydneysiders are seeing a downturn in median house prices, people in regional NSW are seeing nothing but success. Sydney’s loss is regional NSW’s gain – literally.

The biggest gain was in Richmond Valley which saw a median house price rise of 17.5 per cent over the same time period.

Domain senior research analyst Nicola Powell said while the banks’ stricter lending conditions were affecting the major cities, they hadn’t had the same effect on regional areas in NSW.

There were a number of reasons for this, including the attraction for first-home buyers to more affordable homes and the fact banks were more likely to loan money where their exposure, or the debt-to-income ratio of home buyers, was likewise lower. 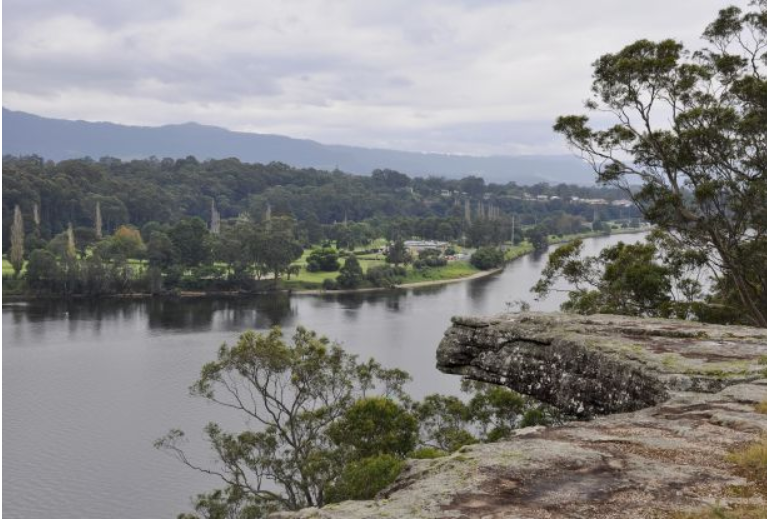 The view from the Hanging Rock in Nowra, overlooking the Shoalhaven river. Photo: iStock

“It can skew the market towards the lower end,” Dr Powell said.

She said people who could not afford to buy in Sydney’s expensive market were moving further down the coast, either commuting or working locally.

Harcourts Newcastle managing director Joel Soldado said he believed Newcastle’s results would have been influenced by first-home buyers in the area as well as sharper pricing.

“I think we’ve got our own little bubble here with a growing population and upgrades to infrastructure like schools and public transport.

“Out of the market, as it has softened, it’s allowed [first-home buyers] to come back into the marketplace.”

Mr Soldado said people who can’t afford to buy a property in Sydney are deciding to invest in Newcastle. 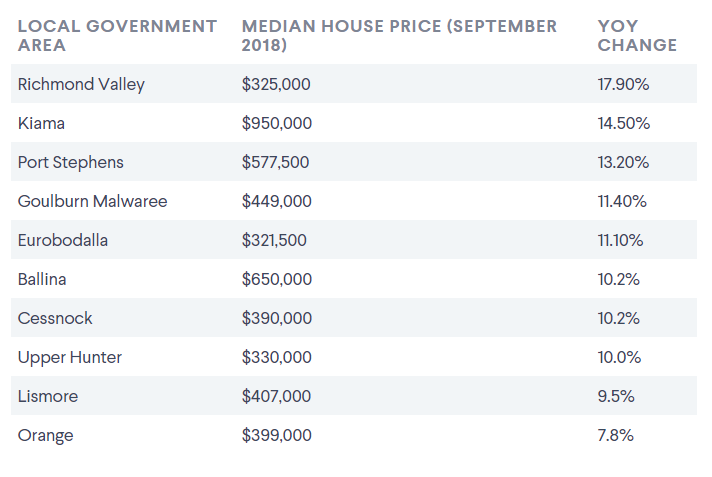 “I actually have a lot of people say they live in Sydney but are buying in Newcastle as an investment.”

Rental yields were strong given the fact prices are cheaper and the growing population of the area meant more people were needing a home there.

“More people are leaving the regional areas and making the transition to Newcastle and there are a lot of people moving from Sydney to live a simpler life.

“They still have all the conveniences of the city but on a smaller scale.”

Principal at Only Real Estate, Michelle Spooner, said the market in the coastal Shoalhaven region including nearby Berry, Kangaroo Valley and Nowra houses were being snapped up by buyers.

In Shoalhaven Heads, many houses were selling before they even hit the market, Ms Spooner said.

“It’s really the availability of stock,” she said. “In Berry, there are less than 50 properties on the market while Kangaroo Valley has only 25. That’s keeping pressure on prices.

“There’s still a lot of people who missed out last year that are looking for a holiday home or wanting to retire to the area. It’s quite a large group – they want to get out of Sydney away from the traffic … and the noise.”

In bordertown Albury, a mix of buyers from Sydney, Melbourne and even Canberra were moving to the area.

Director of Chapman, Gould & May, Grahame Gould said sales had been consistent in the area over the past 12 months.

“For years I think we’ve been undervalued but I think that’s showing through now,” Mr Gould said.

With a population including members of the Australian Defence Force, farmers and students, things are looking good for the regional town.

“We do get a lot of Sydney and Melbourne people wanting a better life for their families. They move for work,” Mr Gould said. “We get a lot of Canberra investors because the return on investment is really strong – Albury has a good rental market.”

Mr Gould said, while prices were strong, the upcoming NSW state election may have an impact on regional prices moving forward.

“A new government can slow down the market. At the minute it’s going well,” he said.