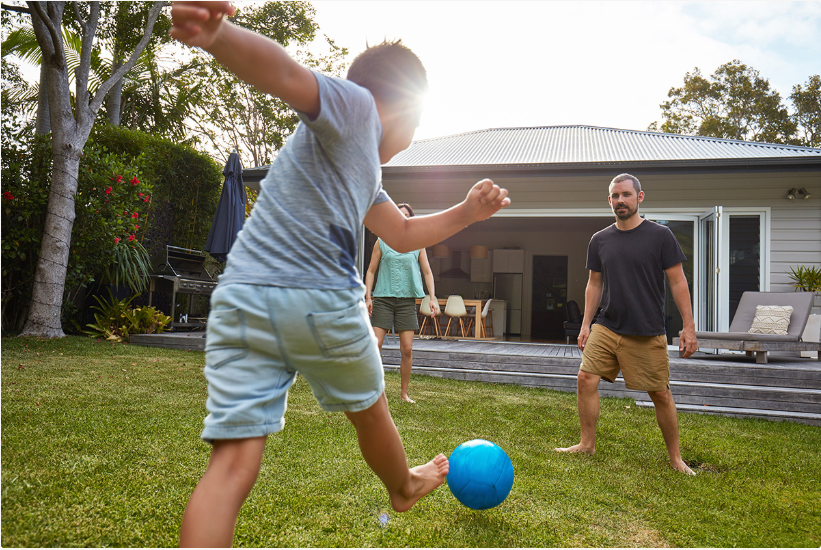 Almost half of Australia’s SA4 sub-regions have recorded a rise in dwelling values over the past twelve months.

With housing values falling across four of the eight capital cities over the past twelve months, it’s easy to forget there are some housing markets around the country that are actually seeing relatively healthy and sustainable growth conditions. An analysis of Australia’s 88 SA4 sub-regions shows almost half (42) of them have recorded some level of growth in housing values over the past twelve months.

Regional areas of the country are much more likely to be showing positive growth conditions, with 57% of all regional areas recording a rise in dwelling values over the past twelve months, while only 39% of the capital city sub-regions recorded a rise in values.

The ‘healthier’ conditions across the regional markets can probably be attributed to a range of factors including:

More sustainable growth conditions during the growth phase – most regional areas of Australia have seen relatively sedate housing market conditions compared with the heroic gains across Sydney and Melbourne. The more sustainable history of price growth has kept a lid on housing affordability and made these markets attractive to migrants, particularly those areas where economic conditions are buoyant.
A ripple of demand has been emanating from the largest capitals towards the satellite cities where housing is generally more affordable and lifestyle factors can be appealing.
Many coastal and lifestyle markets have benefited from a rise in buyer demand, either from those looking for a new residence, second home or investment option.
Many of the hard hit mining regions have now levelled out and are now showing some growth.

The sub-region data highlights the diversity across Australia’s housing markets. While conditions are broadly slowing, especially around Sydney and Melbourne, many areas of the country are benefitting from a history of more sustainable growth rates, improving demand and reasonably strong economic conditions. 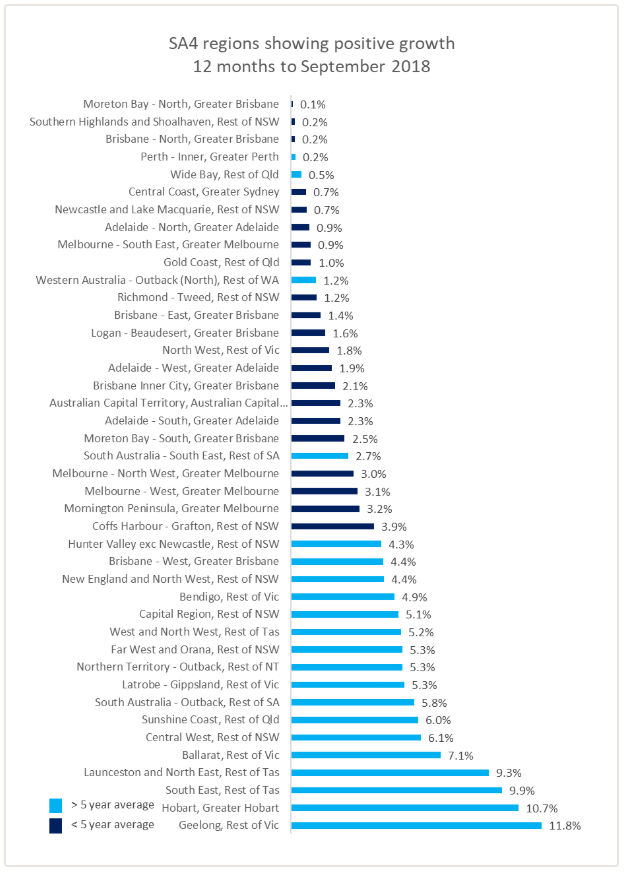