DEVELOPERS are on the lookout for possible building sites on the edge of Manly as the super-popular suburb continues to record high prices for units and duplexes. 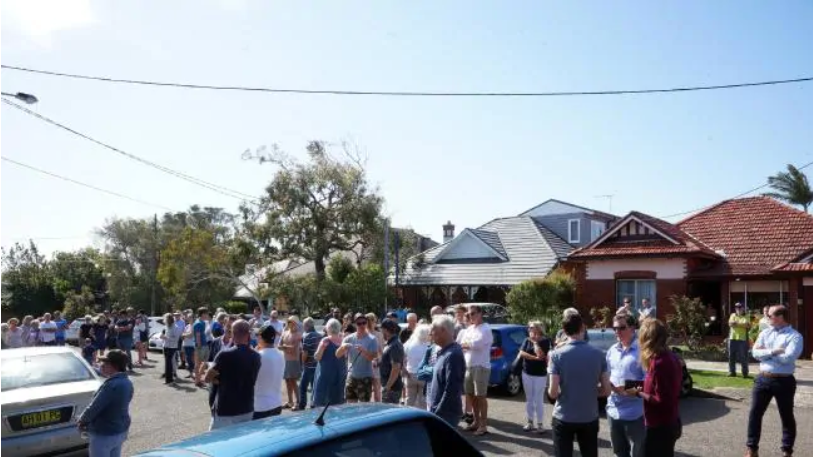 More than 160 people inspected an old house on the edge of Manly which sold to a developer.Source:Supplied

ONE of the hottest auctions of the week was on the edge of Manly as 13 parties fought it out for an old house on a corner block destined to become a new development.

Young couples and investors were chasing the 520sqm site but a developer was the successful purchaser paying $2.83 million for 29 Parkview Rd, Fairlight which is across the road from the suburb boundary with Manly.

Steve Witt, of Belle Property Dee Why, said more than 160 people inspected the old corner house, built 100 years ago and owned by the late Peggy Barnett. Bidding opened at $2.48 million and the house sold for $330,000 over its advertised guide.

“A wide demographic were interested in the property,” he said.

Property buyer Jason Low, of Propertybuyer, said an experienced developer wanted the block and hopes to build a high-end duplex on the land.

“We have been looking for sometime for something for him,” said Mr Low.

‘Certain areas we were looking at were not stacking up but Manly is in such demand, it is such a popular area and there is a ripple effect,” he said.

“If you build a two-storey building on this block you can get ocean views,” he said.

The rear yard of the Fairlight house which is right on the Manly border.Source:Supplied

Last week a two-bedroom Manly unit sold for $3.55 million, the top auction price of the week on the northern beaches and a two-bedroom unit without parking sold for $1,017 million.

Agents report that low-maintenance property in Manly is hugely popular as people seek the lifestyle on offer in the beachside and harbourside suburb with fast access to the CBD.

According to CoreLogic the median price of Manly units has jumped 13 per cent over the last 12 months, one of few Sydney suburbs to see price rises in double digits and in contrast to many Sydney suburbs which have seen medians drop. The median unit price in Manly is currently $1,363,500. 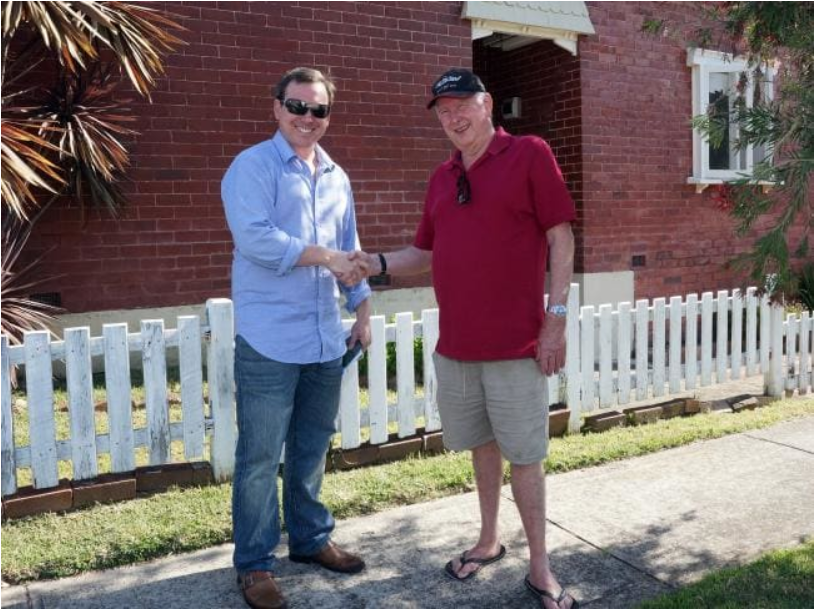 Property buyer Jason Low with Mark Barnett who is the son of the late Peggy Barnett whose house was being auctioned.Source:Supplied

Mr Low, pictured with the late Peggy Barnett’s son Mark, said people were using property buyers to find suitable property, off-market property, guide them through the buying process and because they were time-poor.