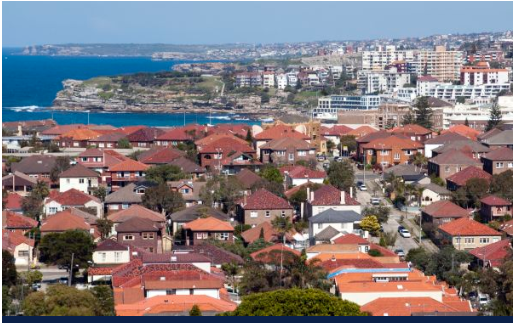 Sydney’s falling property prices could come to a halt next year as the market hits a turning point, new modelling shows.

House prices are forecast to hit a peak-to-trough fall of 12 per cent by mid-next year, according to the Domain Property Price Forecasts report released on Wednesday.

“We’re expecting prices to keep falling in 2019, before turning around mid-year and seeing some modest growth towards the end of 2019,” said Domain economist Trent Wiltshire.

With house prices already down about 10 per cent since the market peak in mid-2017, Mr Wiltshire expects Sydney’s median to bottom out at just above $1 million — pushing prices back to mid-2016 levels.  Prices are forecast to remain unchanged next year, before rising 4 per cent in 2020.

Units have been less affected and are expected to turn around next year, after a peak-to-trough fall of 6 per cent. Despite apartment prices forecast to fall a total of 3 per cent this year, Mr Wiltshire expects an increase over the next two years  — predicting growth of 3 to 5 per cent.

While record supply of new apartments poses at risk to prices, Mr Wiltshire expects Sydney’s strong population growth will prevent large city-wide falls. But he noted some areas with a large amount of new construction may see prices remain weak. 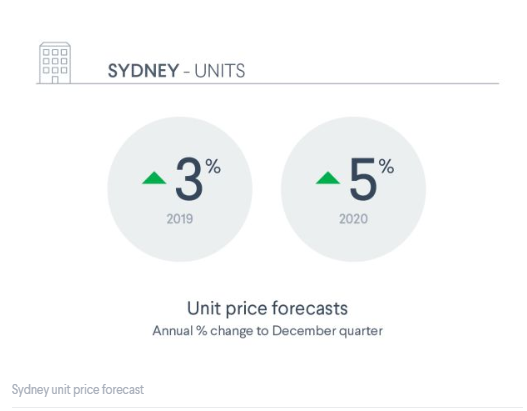 AMP Capital chief economist Shane Oliver has forecast a peak-to-trough fall of 20 per cent by 2020, off the back of tighter lending restrictions, a pull-back in demand from Chinese buyers, uncertainty around changes to negative gearing, the switch to principal and interest loans, and a huge surge in apartment supply at a time when investors are in retreat.

“The final factor is that when prices come down it feeds on itself to some degree,” Mr Oliver said. “We had a bubble mentality taking over on the way up. On the way back down, it goes to the burst mentality.

“It’s a hard one to get right because of all of the conflicting forces.” 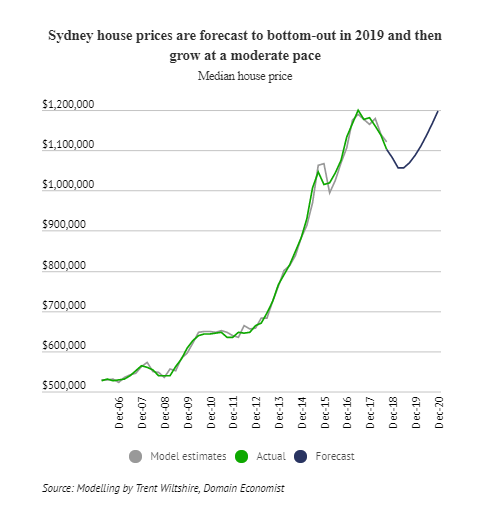 ANZ head of Australian economics David Plank expected the market to bottom out in late 2019 to early 2020, with ANZ revising its forecasts last week from a 12 per cent peak-to-trough fall down to 15 to 20 per cent.

“Prices up to October were falling in line with what we originally thought, but the data for October and November showed really no sign of a slowdown in price falls,” Mr Plank said.

“The data, auction clearance rates, the credit sentiment, make it very hard to see a sharp slowing in price falls, because it’s pretty clear we’re already at a 9 per cent seasonally adjusted [peak-to-trough] fall, we’re going to go through 12 per cent.”

However Mr Plank said this cycle was harder to predict as it was a regulation-led downturn and noted while RBA rate cuts were key to ending previous downturns, this cycle was different.

An easing of lending restrictions and improved affordability — allowing more people to enter the market — would be key to the turnaround, Mr Plank added. “Affordability metrics will be one of the keys that brings the cycle to the end,” he said.

Mr Wiltshire acknowledged his outlook was more optimistic than others, but said he expected the key issue — tighter lending restrictions — to have worked their way through by next year.

However he noted multiple factors, including the findings to be released next year from the banking royal commission, further out-of-cycle interest rate hikes by the banks and potential changes to negative gearing – pending on the outcome of the federal election next year – could see prices fall for longer and further.

House prices in Sydney are expected to remain flat next year, before rising in 2020

Ray White NSW chief executive Jason Andrew does not expect price growth any time soon, noting the first half of next year could be quieter than usual due to a cooler market and a federal and state election.

“What we’re interested to see is where we will stand in September next year, if we’re still in our decline mode … or will we be out the other side,” Mr Andrew said, noting he expects prices to plateau for the next little while.

With the price falls coming after a period of “astronomical increases”, Mr Andrew said a price fall of 12 per cent would bring prices back to 2016 levels, where the boom should have ended.

He noted while all segments of the market were now being affected by tighter lending restrictions, it was the middle segment — properties ranging from between $2 to $4 million — that was proving the most challenging.