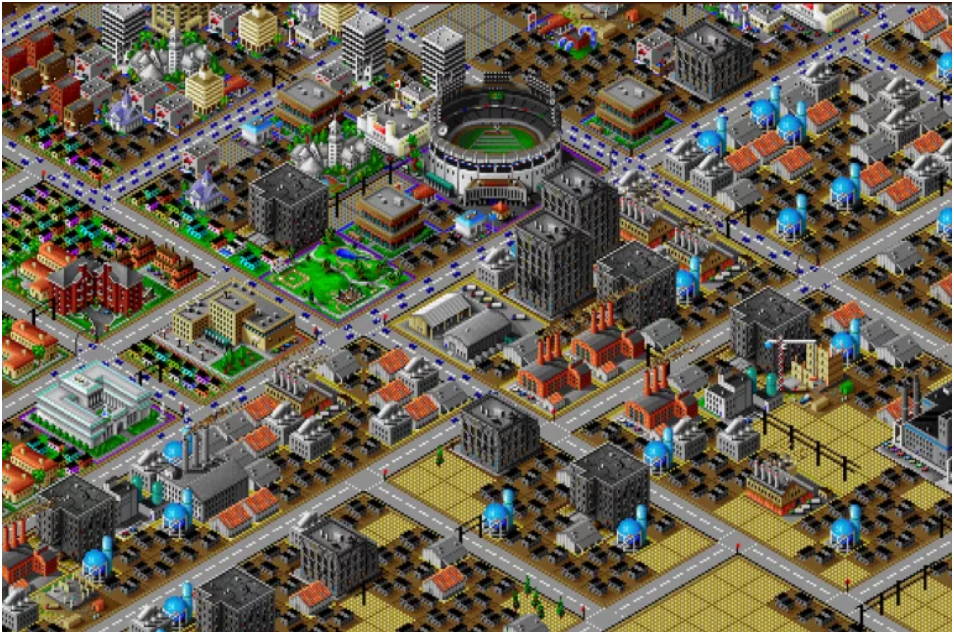 Population and the pressure on infrastructure are shaping up as key election issues. Here’s what the Opposition spokesman on these issues, Anthony Albanese, says are the problems and the solutions.

A few years back there was a popular genre of computer games that allowed players to build civilisations from the ground up.

Players would build roads, water supplies and industrial precincts and, as their cities grew, they would attract workers whose taxes would allow players to continue to build their civilisations, raise armies and conquer the world.

However, if the player failed to provide adequate infrastructure, community sentiment would go sour, residents would leave, the civilisation would collapse and the player would have to start all over again.

In 2018, with population growth and traffic congestion causing increasing tension in the Australian community, we can learn something from the basic principles behind those computer games.

It’s simple really – as your population increases, you need to invest in railways, roads and other infrastructure commensurate with that growth. Otherwise, congestion degrades economic productivity and erodes living standards.

In the current population debate, many Australians wonder whether our annual immigration intake should be lowered.

Immigration is indeed a factor affecting population growth and congestion. But it’s not the only factor.

We can accommodate population growth, but only if governments support it with appropriate infrastructure investment.

That’s where the Abbott-Turnbull-Morrison Government has failed.

Over the past five years total annual infrastructure investment in this country is down by about 17 per cent compared with the average levels during the period of the former Labor Government.

In the same period the national population, according to the Australian Bureau of Statistics, increased by about 1.5 million, or about 6.5 per cent.

At a time of strong population growth, the Coalition has skimped on nation building.

In particular, it has failed to invest in public transport, leaving millions of Australians stuck in traffic jams.

One of Tony Abbott’s first decisions after taking office in 2013 was the cancellation of all Federal investment in public transport projects that were not already under construction, including transformative projects like the Melbourne Metro and Brisbane’s Cross River Rail.

Mr Abbott has some frankly bizarre views about public transport.

Mostly there just aren’t enough people wanting to go from a particular place to a particular destination at a particular time to justify any vehicle larger than a car and cars need roads.

So Mr Abbott cut all urban rail funding and transferred the money to toll road projects, some of which he failed to get off the ground.

While his successors Malcolm Turnbull and Scott Morrison appear to be less hung up about public transport, they have failed to restore Mr Abbott’s cuts.

Some public transport investment was announced in this year’s Budget in May. But the fine print of the Budget documents shows 85 per cent of that money won’t be made available until four years from now.

That’s why the Parliamentary Budget Office, which is completely independent, noted in a recent report that on current planning, Federal infrastructure grants to the states, expressed as a proportion of GDP, will halve over the next four years.

While infrastructure provision is a quality-of-life issue, it is also about jobs and economic development.

The right rail and road projects create short-term economic activity and jobs. But over the longer term, they boost productivity and lead to job creation.

As a simple example, if a new freight rail line halves travel time from an industrial estate to a port, the efficiency gain means the estate suddenly becomes a much more attractive place to set up or expand an exporting business, thereby creating jobs.

That’s why the Coalition’s cuts to infrastructure have been so short-sighted.

They seem to regard nation building as a nuisance to be avoided until someone complains. They seem to have become so obsessed with small government that they’ve forgotten the role of government includes providing infrastructure to allow the economy to grow.

Labor sees infrastructure investment as an essential component of economic and social policy.

It’s about giving Australians the services they are paying for through their taxes, but also driving economic growth that will benefit their children and grandchildren.

A Shorten Labor government would boost infrastructure investment, starting with major public transport investments including Cross River Rail in Brisbane and the Western Metro and Western Sydney Rail in Sydney.

In Melbourne we’d get behind the planned Suburban Rail Loop, including the Airport Rail Link, and build on the Melbourne Metro.

On top of this, we would also deliver genuine investment into regional centres so they can grow and absorb some of the pressures of population growth.

As an example, high speed rail down the east coast would completely transform the economies of the regional cities along its route.

None of this is rocket science. It’s something that politics needs more of – common sense.