Residents of an Alexandria apartment block are at a “public risk” after a private certifier illegally allowed them to move into a building that the City of Sydney was so concerned about it sought demolition orders.

In a fresh chapter to Sydney’s unfolding building standards crisis, the Herald can reveal that the developer failed to to carry out “extensive construction work” to make the building compliant as ordered by the Land and Environment Court in 2017.

As a result, the council is now left considering legal action against the owners corporation, in a bid to resolve what the court has branded a “completely unsatisfactory state of affairs”.

The saga over the “Joshua” building, at 33-49 Euston Road, Alexandria, has emerged as concerns continue to intensify over building standards across Sydney.

The Herald has revealed this month that the Sugar Cube development in Erskineville and Garland Lofts apartments in Zetland have both been abandoned, over contamination and fire safety concerns respectively.

It comes after cracking forced the evacuation of the Opal Tower at Sydney Olympic Park and the Mascot Towers on Bourke Street.

In 2013 the City of Sydney approved an $11 million development application for the construction of 40 residential units and retail at a furniture warehouse on Euston Road in Alexandria. Three bedroom units were sold off the plan for close to $1 million in 2014.

Neighbouring residents were “appalled” to see the building go up in contravention of what was approved, after they were heavily involved in public consultation over the plans.

The residents contacted the City of Sydney in early 2015, triggering an audit by the council. The audit confirmed the building had not been constructed in line with approvals.

Of the greatest concern were fire safety defects that meant the building was “not compliant” with the Building Code of Australia. 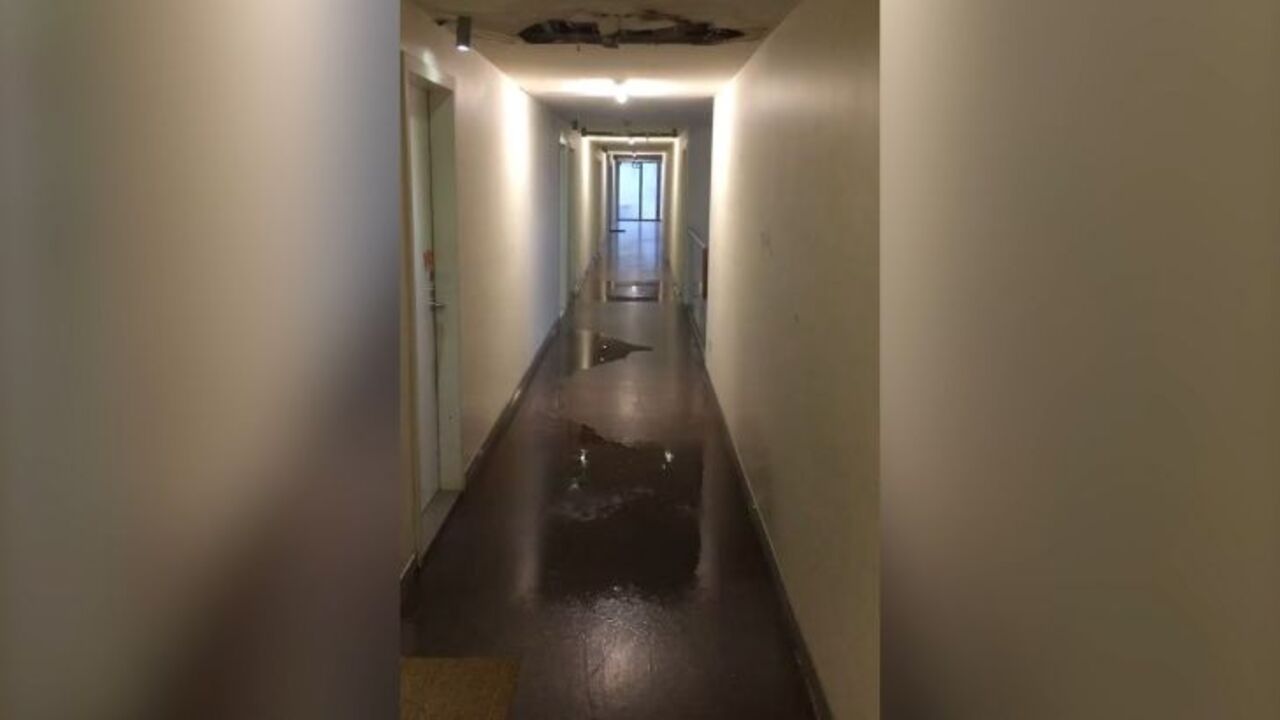 So far, five buildings have been discovered to have defects that are a risk to residents

The council also complained that cladding and vertical screens had not been installed on the facade, the fourth storey had not been stepped back as agreed, windows had been reconfigured and there had been changes to a balustrade and the grade of a driveway.

The council refused to issue the developer, GCorp Property Pty Ltd, with a building certificate.

“The city … is considering further action, including issuing a notice of intention to demolish and to rebuild the building in accordance with the conditions of consent,” lord mayor Clover Moore wrote in a letter to residents in September 2015.

Cr Moore said the council had complained about Mr Spyrou to the Building Professionals Board for “failing to enforce the conditions of consent” and allowing the occupants to move in “when they should not have”.

Mr Spyrou was found to have issued the certificate in contravention of the EPA Act and was reprimanded, fined $50,000 and had conditions imposed on his licence.

In 2016, the council issued demolition orders for the sections of the building that were not in line with approvals.

At the same time, GCorp Property challenged the refusal of the building certificate in the Land and Environment Court.

Both parties agreed the mandatory fire safety work should be carried out.

However Acting Commissioner John Maston sided with the developer in finding the building could be brought to a “high standard” through rectification work and did not need to reflect exactly what was in the original plans.

GCorp Property promised the works would be finished by May 2017 but when the matter returned to court in February this year they had still not been completed and certified.

In the intervening months the matter had returned to court multiple times but on “each such occasion a variety of reasons and excuses were given as to why nothing had been done,” Commissioner Maston noted.

The court heard GCorp property was a “special purpose vehicle” created specifically for the Alexandria project and “does not have the means by which to finance the outstanding works.”

In a written judgement in February, Commissioner Maston noted a “troubling matter” was that the owner of the building was no longer GCorp Property but a strata plan and the “significant” works required had the capacity to “directly affect the owners”.

The fact that an interim occupation certificate has been issued allowing residents to move in “of course heightens the public risk,” the commissioner wrote.

He dismissed the developer’s case and upheld the council’s refusal to issue the building certificate.

When asked about the status of the matter by the Herald this week, a City of Sydney spokesperson said the building still had a number of “fire safety and compliance issues.”

“We’ve issued a number of orders to the owner’s corporation demanding compliance with works to the facade and certification for required fire safety works,” the spokesperson said.

“Legal letters of demand have been issued and we are now considering whether to commence legal action to resolve the outstanding matters.”

Neither the director of GCorp Property nor Mr Spyrou responded to questions.

Strata Lifestyle, which manages the building, agreed to pass on questions to owners but no response was received before publication.

A neighbouring resident involved in lobbying council over the development, Stefan Jarnason, described the issue as “morally black and white”.

“It would be outrageous if the developer is able to get away with not rectifying it,” Mr Jarnason said. “It shouldn’t be the owners corporation, the people who’ve bought off the plan in good faith.”