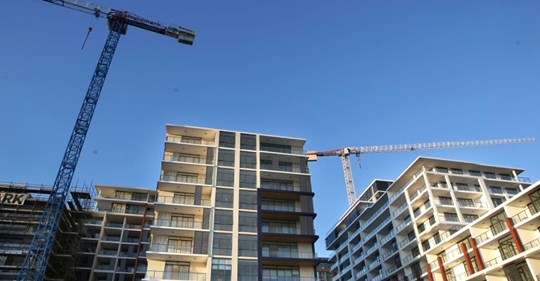 A national scheme designed to help low-income renters instead provided a “windfall gain” to property developers of more than $1 billion, new research suggests.

Instead of extending the troubled program, governments should increase rent assistance to tenants on low incomes and build more social housing for those at risk of homelessness, Grattan Institute fellow Brendan Coates said.

The National Rental Affordability Scheme was a Kevin Rudd-era policy that gave annually indexed incentives to developers and investors who charged rents at least 20 per cent below market rate.

It was scrapped in 2014 by Tony Abbott’s Coalition government and the incentives on offer are now drying up as homes hit their 10-year limit, with community housing providers previously warning some renters face homelessness as a result.

Labor proposed a new policy of affordability housing subsidies before its election loss this year.

Developers with grandfathered dwellings still on the program receive about $11,000 of taxpayer money each year, but only provide a typical discount worth about $4000, new Grattan research – to be presented at the UNSW Social Policy Conference in Sydney on Monday – found.

That leaves developers with a gain of about $7000 a year per home, or total gains of at least $1 billion, the report found.

“We don’t normally provide $1 billion of extra funding to not-for-profits without any strings attached.”

Subsidies on offer remained the same for a one-bedroom apartment, for example, and a more expensive three-bedroom house, he said.

Individuals can qualify to live in an NRAS home with an income of up to $50,000, and couples up to nearly $70,000, meaning the scheme did not help those who need it most, the report suggests.

It also found little evidence that the program increased the supply of new housing, compared to the volume that would have been built anyway.

Instead, the think tank called for a 40 per cent increase to Commonwealth rent assistance payments, indexed to changes in rents typically paid by tenants receiving income support.

This was unlikely to push up rents, Mr Coates said, because tenants on low incomes were already prioritising rent payments and skimping on food or other essentials that they could better afford with the extra payment.

“Most of it won’t be spent on rent,” he said.“Because it’s given to the tenant, the only way they can actually spend more on rent is if they move house.”

He also called for governments to build more social housing, targeted at those facing homelessness.

A similar program during the global financial crisis was “wildly successful”, he said, and suggested a new version could help boost the residential construction industry amid a slowing economy.

“It’s much easier to build a five-storey apartment building than to try to build a tunnel under the Yarra.”

Other reforms could income further changes to tenancy rules to make renting more secure, and changes to state planning rules to allow more homes to be built in inner- and middle-ring suburbs of major cities, making housing cheaper, the think tank said.