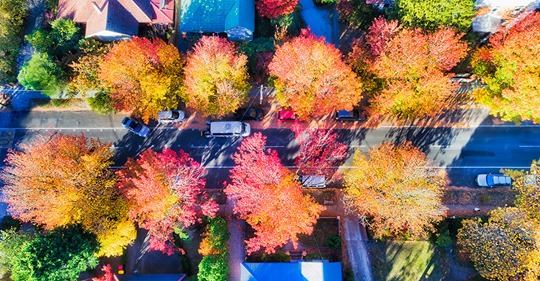 The number of new listings being added to the combined capitals housing market has seen a hefty 44% rise from the depths of the winter slowdown in early July through to the first week of October, however that hasn’t been enough to push fresh listing numbers in line with previous years.  The number of new capital city listings over the past twenty eight days was tracking at the lowest level for this time of the year since CoreLogic started tracking real estate listings in 2007.

22,939 fresh real estate listings were added to the capital city housing markets over the past twenty eight days; 13% lower than the same time last year and 15% below the thirteen year average.

New stock levels are down across every capital city, with the largest fall in Darwin where newly advertised listings are 36% lower than a year ago and 63% below the highs recorded in 2007.   Darwin housing conditions have been weak since the middle of 2014, so its understandable that home owners would be reluctant to list their property under such challenging selling conditions.

The same logic can’t be used for stronger markets though.  Properties in Hobart are averaging just 28 days to sell and homes are selling, on average, in less than fifty days across Melbourne, Sydney and Canberra, yet vendors seem to be lacking confidence to put their home on the market with new listing numbers down in these cities also.  Auction clearance rates remain high across the main auction markets and prices are under renewed upwards pressure.

So why the lack of new listings in cities where housing market conditions are picking up.   It’s reasonable to expect there would be some level of pent up demand amongst home owners who were unwilling to sell during the downturn and were waiting for selling conditions to improve.

Potentially a partial explanation can found in persistently low levels of consumer sentiment.  The Westpac-Melbourne Institute Index of Consumer Sentiment recorded its lowest reading since mid-2015 in October.  With Australians increasingly concerned about their finances and the economic outlook, it may be the case that prospective vendors are choosing to sit on their hands until they feel more confident.  A property transaction, whether it be an option to sell or buy, is a high commitment decision that is much harder to make during periods of uncertainty.

Another explanation is the recency of the improved market conditions.  Capital city dwelling values were still trending lower only three months ago and the change to more positive conditions wasn’t widely anticipated.  Realistically it can take some time for home owners to get their affairs in order and prepare their property for sale.  With this context, a lag between the improved market conditions and a more substantial rise in new listings isn’t all that surprising.

Another barrier that may be preventing a more significant lift in listing numbers is high transaction costs, especially if the home owner is downsizing or upgrading which would incur a stamp duty payment.

With market activity rising, active buyers are becoming more competitive across a shallow pool of listings which is adding some urgency to the market.  With increased competition, vendors are regaining some of the leverage they lost through the housing downturn and buyers could be feeling the first pangs of FOMO as they see properties selling faster and prices rising.

Historically the seasonal peak in new listing numbers is around the second week of November, so there is still some time for the spring / early summer listing season to ramp up.  If the market recovery continues at the same pace as the last few months its almost certain that more home owners based in the markets showing strength will take advantage of the renewed level of buyer demand.