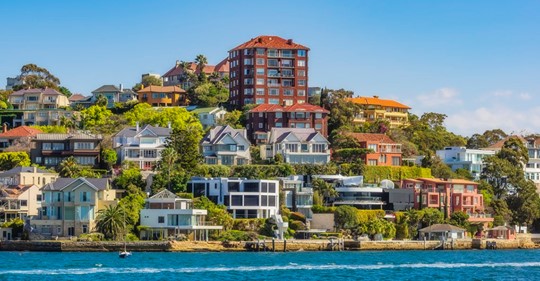 Australian house prices are set to dip amid the coronavirus.

Despite the hopes of the industry, property prices in Australia look like they’re about to receive a hell of a haircut.

Under revised forecasts the Commonwealth Bank, which holds the largest slice of Australian mortgages at $446 billion worth, now sees prices plunging 10% within six months, as the COVID-19 outbreak kneecaps economic activity.

“Australian capital city dwelling prices, led by Sydney and Melbourne, have risen strongly over the past nine months but we expect that stellar run to end abruptly,” CBA head of Australian economics Gareth Aird said in a note issued to Business Insider Australia.

“The policy response to limit the spread of COVID-19 has created a plunge in economic activity and unemployment will spike. This will have profound short term consequences for the housing market.”

“It is our view that prices will fall sharply over the next six months.”

“New lending is expected to contract, buyer expectations have adjusted downwards from exuberance to pessimism, rents are likely to fall, auction clearance rates are expected to remain weak and turnover will be lower than usual,” Aird surmised. “In addition, the usual underlying demand pulse from net overseas migration has evaporated because the border is shut.”

“The extent to which prices fall will largely be determined by the magnitude of the lift in unemployment and the length of time that the government-imposed restrictions on day-to-day activity remain in play.”

Those variables are largely unknown right now. On Thursday Scott Morrison stated that there were three conditions that would have to be met before restrictions were lifted, but that there were at least four more weeks to go before the possibility might be considered.

While there may be a floor on the government lockdown, there doesn’t yet appear to be a ceiling, with key legislation like the government’s Jobkeeper package passed with an initial duration of six months, although that too may be changed the Treasurer has flagged.

In way of unemployment, early forecasts produced by Treasury and the major banks expect it to rise to around 10%. CBA’s own internal data shows that the number of customers receiving Jobseeker payments has shot up, from a 2% annual increase at onset of March to around 20% just days later.

Again, however, with accurate unemployment data not expected until the middle of May, the headline figure could easily be revised either way depending on how well the country can contain and then manage the virus.

While the 10% average price fall is expected nationally, Aird suspects Sydney and Melbourne will be the cities leading the charge, falling 10% and 11% apiece.

“The New South Wales and Victorian economies have more exposure to the most heavily impacted services sectors and less exposure to some of the more insulated sectors, [like] mining and agriculture,” he said. “In addition, the Sydney and Melbourne housing markets are more reliant on strong population growth, particularly by immigration, to underpin demand.”

With Australia currently ranking as one of the countries faring best against the virus, it may be even longer before the country can reopen borders and kickstart immigration once more.

Looking longer-term, record low-interest rates and mortgage freezes should help ease some of that price pain, and help put a floor under prices after six months, according to Aird.

“We would then expect prices to stabilise before gradually rising as the unemployment rate begins to decline and restrictions on activity, including the housing market, are eased,” he said. “It is possible that prices rise briskly in 2021 as was the case from mid-2019 given the incredibly low-interest rates.”

Until then, homeowners will just have to keep the faith.